There’s a word that I try to avoid using, but it tends to slip in from time to time. Dramaturgy. Why do I avoid it’? Well for starters, no one really knows how to say it. Should ‘turgy’ rhyme with ‘lurgy’ or ‘clergy’? No one knows. Or everyone thinks they know but I don’t think there’s any definitive answer. Someone whose main job is to work with dramaturgy is called a dramaturg (with the ‘turg’ rhyming with ice ‘berg’) or a dramaturge (here the ‘turge’ rhymes with ‘splurge’). Dramaturgy - the scone/ scone or potato/ potato of the theatre world. Let’s call the whole thing off. Except it’s quite useful.

So what is dramaturgy?

The second problem is that I don’t think there’s a huge amount of agreement on what it actually is. Wikipedia has a definition, as does the Cambridge English Dictionary. Within German theatre culture (which is where the word seems to get most usage), theatre buildings will have a dramaturge who works across the whole programme, with all sorts of roles, which may include development of seasons of work, historical and cultural research into specific plays or operas and their settings, working with directors of their interpretation of a text, the development of programmes around a specific production, editing and adapting scripts, public relations, and all sorts of other things.

In the UK, we don’t have so much of a history of dramaturgs - or if we do, they’ve tended to be on the literary side, working with a playwright who is writing a new play. In the last decade in the UK, we’ve seen a growth in people calling themselves dramaturgs, some of them working outside new play development, but still tending to work project-by-project, rather than being employed by a building/ company to work across everything (as happens in Germany).

No seriously, what is it?

For me, dramaturgy is putting things together so that they’re more than the sum of their parts. In any project, you have all sorts of different elements -visuals, what gets said, the role of the audience, the underlying questions that the project is asking, etc- and dramaturgy is making sense of these so that they’re all connected and working with an awareness of each other. There’s questions of structure and also the signals you’re sending through imagery and references.

This isn’t politically neutral. If a big part of dramaturgy is around structure, the standards for what constitutes ‘good’ structure are not neutral. In March 2021, an open letter signed by over a hundred playwrights of colour was circulated. It highlighted the Eurocentric nature of many dramaturgical approaches - and asked dramaturgs and other people involved in new work development to think critically about the assumptions and power structures that are implicit in many dominant dramaturgical approaches. The dramaturgs’ network have hosted both this letter and their response on their website. They are well worth reading.

As a maker of audience-centric work, questions of structure and wider dramaturgy are perhaps even more complicated, because you’re basically collaborating with the audience on some aspect of the production -what happens, how it happens etc etc. The theatre scholar Gareth White talks about ‘procedural authorship’: in this sort of work, you as the artist/ writer/ maker are the author of the event structure rather than the author of the complete experience (as you might be with a regular play that runs a to b). As a ‘procedural author’ you’re creating a structure that leaves gaps to be filled, or that shows the boundaries of how you’re expecting the audiences to engage with what you’ve made. Procedural authorship is writing negative space. So I’d argue that in making audience-centric work, your main tool is dramaturgy. You need to get the structure right - and by ‘right’, I don’t mean embodying a specific ideology or worldview, I mean that the audience understand what is being invited from them, and what significance those actions will hold.

Audience-centric dramaturgy places the audience at the centre of the experience, so you’re trying to link everything together to make a coherent experience for them. It kind of doesn’t matter what you intended or the research you did or what you wrote in the programme notes if that’s not what audiences notice. Audience-centric dramaturgy is thinking about everything from the perspective of the audience. I think it’s possibly less theory-based/ intellectual than traditional theatre dramaturgy - it can involve aspects of psychology and UX (User Experience) and UI (User Interface) design, and -for us at least- it involves a lot of user-testing because although you can have a good guess at what audiences will think, feel and do, you don’t ever know for sure.

Our approach to audience-centric dramaturgy has a lot of overlap with product design. We’re certainly aiming for people to be able to use our ‘product’ intuitively - so if we’re designing a physical space, people will know where to sit or stand, and if it’s a digital space, they’ll know where to look or click. The moments when things are not intuitive are the moments when people become less immersed, and the experience becomes less powerful (unless of course, this is what you’re interested in exploring, in which case, amazing, the introduction of those moments of friction at the right points will be super-interesting). I think we (I?) can be reluctant to think of what we do as design rather than art - perhaps design is too functional, not mystical enough. But audience-centric dramaturgy has to be functional because it’s often all you have - or at least it forms such a big element of how people will experience what you’ve made. 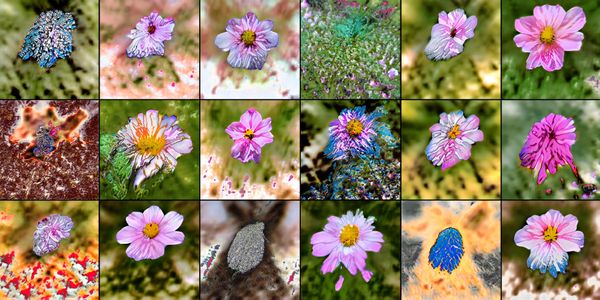 How to communicate with audiences in different ways - here are some practical exercises to start thinking about alternative sensory channels.