A couple of weeks ago I was part of a panel talking to a group of university performing arts students. One of them emailed me a couple of days later,

“I'm doing an essay about the purpose/value of theatre within our modern society. I plan to research into where the traditional theatre place stands within our generation - which includes so many more modern platforms for means of entertainment. Having been informed of your work and hearing about what you do I just would like to hear about your opinion on the current state of the industry, with and without the pandemic. I would also like to hear what value that you think theatre holds today and if you believe that it still has a meaningful purpose?”

I found myself ducking the question,

“Thanks for getting in touch. Wow, those are kind of massive questions - you could write books and books on them! Do you want to break them down a bit into some questions I can try to answer?!”

The student hasn’t replied. And to be honest I’m a bit relieved, because right now I’m not sure what I think about theatre’s value or purpose.

We’ve always talked about our work as spaces to explore questions which are too big or complex for daily life; spaces where we can spend carefully delineated time with things that are uncomfortable or overwhelming, like climate change or corporate misuse of data.

But in the last few months, it feels like daily life itself is packed with overwhelming challenges and there’s no chance to avoid them, whether we want to or not. And half a year into the pandemic, there are lots of people really struggling. I’m reminded of bits of Angela Watercutter’s WIRED article on social media doom-scrolling from earlier this year (although I really hope our work isn’t the equivalent of surfing Twitter for two hours) - “feeling informed can be a salve, but feeling overwhelmed by tragedy serves no purpose”. So what’s the role of art in all this?

I’ve been thinking about other art that I’ve been engaging with during COVID times, which for me is mainly listening to music and reading books. Mostly novels, although notable non-fiction mentions go to Superior by Angela Saini and The Five by Hallie Rubenhof. Top tips for fiction, in case you’re looking for something new: Such a Fun Age by Kiley Reid, The Bone Readers by Jacob Ross and Station Eleven by Emily St. John Mandel. With all these, I read to escape - not because I’m massively unhappy but because it’s a way of going to new places and thinking new things.

If I think about the music I’ve listened to, it falls into 4 categories:

(all the men, yes I have noticed that too)

As for a lot of people, it’s a fairly eclectic mixture that varies with the purpose of the listening. It seems like I use music to distract myself from something (like the exhaustion of running or the mundanity of chopping veg) or to cut myself off from the world (like when I want to enter a working bubble, or more importantly when I’m not in the working bubble and therefore the possible existential crisis is looming ever closer).

So for me, novels are a way of escaping and music is a way of distracting myself. Which is also escapism I guess. I’ve always associated the word ‘escapism’ with fashion magazines and Turkish Delight and having a yacht - a desire for luxurious places that are far away from socio-political realities. But actually, 'escaping' doesn't necessarily mean you're headed for somewhere specific or utopian (whatever that means to you), it just means you're going... somewhere else. Reading a crime novel set in Grenada or listening to music that makes me feel something not rooted in my physical world is totally escapism, now that I think about it.

I think all this is a roundabout way of saying that I think I used to have a pretty narrow idea of the purpose of art - and that I think I was wrong. Or at least art with the purpose I thought it had (making people reconsider strongly held beliefs about the world) is no more valid or important than art that provides a way for people to escape.

I also think a person can enjoy both these types of art - it depends what you’re in the mood for, who you’re doing it with, how much time you have, what you ate for dinner, what you’ve been doing all day, and of course how much current reality is crushing your spirit. Neither option is “better” than the other; they do different things for different moments. And some do both and many things in between.

Prompted by planning for a new website, we recently made the decision to call all our public-facing stuff (i.e. not the research projects or work with schools) ‘entertainment’. Because there isn’t actually anything wrong with entertaining people - despite what the more hardcore ends of live art and digital arts would have you believe. And also, people understand the word ‘entertainment’, whereas ‘interactive audience-centric experience’ is perhaps a little bit opaque for folk not dwelling in the same tiny subsector as us.

I’m doing a lot of this thinking because we just released a project which doesn’t feel like any past Fast Familiar projects. It’s a family Christmas show, a kind of online-escape-room-slash-puzzle-game where you help a bunch of elves save Christmas. We want people to laugh and have fun playing it - and then go and hug the people they care about (or send them a really nice message if they can’t hug right now). We’ve had a couple of raised eyebrows when we’ve talked about the project to people who know our work, but I think that’s ok. People need to have fun right now - and to be really honest, we needed to make something where we would laugh a lot writing and recording it, which we did. I think that’s also ok right now, choosing to make work which affirms belief in humanity rather splashing about in the cesspool of human greed and cruelty.

That’s not to say we’re not keeping an eye on the way this government are using COVID-19 to line the pockets of their various cronies, while squeezing other people until their kids go hungry - and that in the future there won’t be a project unpacking that. But right now, it’s about making room on the sleigh for everyone to have a good time I think.

(If you'd like to escape for a bit, you can grab some fellow elves and play National Elf Service online – we hope it makes you smile!) 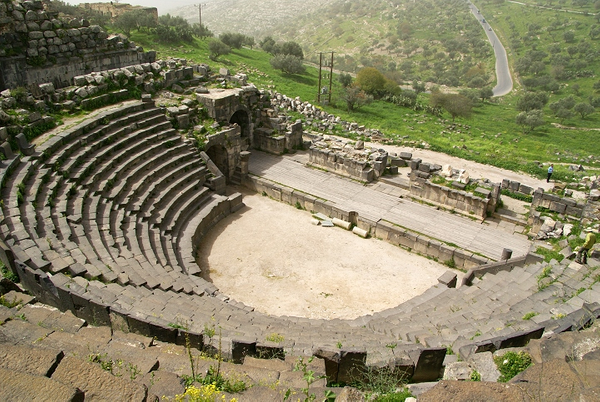 What do we really mean when we talk about playable theatre, immersive theatre, interactive theatre and the like? And what do we hope to get from works in these categories?

This year we've ended up spending countless hours locked into online puzzle games – and made our own. But what's so good about them? And what's... not?