This has been partly prompted by my university teaching. Trying to teach a devising module on Zoom was a challenge as many of the exercises I normally use just don’t work in that context. I ended up teaching much more physical comedy and clown technique than I usually do and fell back in love with all that work, which I learned from teachers like John Wright and from obsessively watching the films of Buster Keaton, Harold Lloyd, Will Hay and W.C Fields as a teenager.

I've also been thinking about comedy because of the nature of some of the work that we've made during the COVID-19 pandemic. It seemed to me that the best way I could contribute to the world in that context, was to give people a novel way of connecting with friends and family that would cheer them up by making them laugh. With pieces like Bad Altitude and National Elf Service, we tried to do just that. One thing I have noticed, however, is that when you’re making comedy, it is hard to get people to take you seriously. My sense is that a lack of respect for comedy is quite pervasive in the contemporary theatre and arts scene among artists, programmers and critics alike and also within academia. I started thinking about why that might be.

There is a fascinating theory about this in Umberto Eco’s fantastic novel The Name of the Rose. SPOILER ALERT - this is THE big plot twist in the novel, so if you haven’t read it yet and want to, skip the next two paragraphs!

Aristotle wrote a book about comedy as part 2 of his Poetics (part 1 is about Tragedy) but part 2, like so many Ancient Greek texts, has been lost. In The Name of the Rose, which is set in a medieval monastery, the last existing copy of Aristotle’s writings on comedy is burned in a fire and lost forever to humanity. The novel suggests that if this copy had survived, we would take this art form as seriously as tragedy. Perhaps, Eco’s novel suggests, if this book had survived, we would all be taking comedy seriously today.

When I was mulling this over, I emailed Classics professor Neville Morley to ask him whether he thought that Aristotle’s writings on comedy were lost because it was a less popular book in antiquity (which would mean there were fewer copies of it, with a lower chance of it surviving) or whether its loss might be pure chance. This is how he responded:

Interesting question. Simple answer is that we simply have no idea. Chance can’t be ruled out; certainly if there were very many more copies of Book 1 of the Poetics than Book 2, that would increase the chances that only one of them survived - but it’s worth keeping in mind that we have only two Greek manuscripts of Book 1 from before the 14th century, plus two Latin translations of slightly different versions (one via Arabic), i.e. only a tiny proportion of all the texts that once existed.

It’s not my field, but it is my impression that ancient literary critics and philosophers were more interested in tragedy (and epic poetry) than comedy (or more lightweight poetry), which would imply that the idea of tragedy being more elevated and significant was well established in antiquity, even though they could have read Aristotle on the subject of comedy - and not, pace Umberto Eco, preference for tragedy as a medieval consequence of the loss of Book 2 of the Poetics. You could say that, regardless of what he may or may not have said about comedy, Aristotle did build an explicit positive case for tragedy as being philosophically and emotionally profound, from which one might conclude that comedy could never match it.

So it seems that we’ve always struggled to take comedy seriously. This is unsurprising in some ways as it is hard to be serious about silliness. However, I’m going to spend the rest of this blog trying to persuade you to do just that. This is my take...

Comedy is really difficult. I think it is much easier to make something dark or shocking than it is to make something funny. Comedy involves a lot of technical skill, whether it is the physical precision involved in physical comedy, the structure of a satisfying clown routine, the art of writing a joke so that the punchline works or the performer’s rhythmic and vocal skill in making the words come alive in the funniest possible way.

Laughing is really good for you. There is a whole academic field (called gelotology) dedicated to the study of humour and laughter and science suggests that laughter can suppress pain, increase the production of immune cells, decrease cortisol, reduce hypertension, produce antibodies and generally improve the immune system.

Humour can widen the range of your audience. Quite a lot of folks in the UK only go to the theatre once a year and that is go to the pantomime. Obviously this is partly because of tradition and a need for family activities during the Christmas holidays but it also points to the idea that a lot of people want to to to the theatre to laugh. If we want to broaden the appeal of theatre then we need to make sure it’s a fun experience. I sometimes suspect that the mainstream appeal of comedy might be one of the reasons why critics and those who work in the arts sometimes don’t take it seriously; perhaps there is some form of (unconscious) snobbery involved.

Humour can be an act of resistance. One of the main ways in which I have survived these many years of Tory government is by satirising them and by reading and watching the satire of others. In my more positive moods I think that satire is an act of resistance: by laughing at my government I reduce the power they have over me. Sometimes, of course, they use humour to their advantage. A lot of Boris Johnson’s popularity seems to come from the fact that many people find him funny and these “loveable” qualities enabled him to become Prime Minister and preside over Britain’s disastrous response to the COVID 19 pandemic.

Humour can create a welcome contrast to darkness in an artwork. Relentless bleakness can, sometimes, be effective, but many writers of stage and screen make use of humour even in their darker pieces. Humour can be very effective near the start of a piece, for example, as laughter can help an audience relax and experience itself as a collective. This can heighten the impact of a more serious moment that comes afterwards. Audiences also often experience things more intensely when there are contrasts; so sadness can affect us more when contrasted with joy and bleakness when contrasted with humour. Many of the great playwrights seem to know this well: there are lots of funny bits in Hamlet , and Samuel Beckett’s plays are full of jokes.

Whether or not a fire in a medieval monastery is to blame, we will never know what Aristotle wrote about comedy. But I like to think he would have taken it seriously, even if few of his contemporaries agreed. And I hope that I might have gone a little way at least towards persuading you to take it seriously too.

What happens if you apply start-up logic to being an arts organisation? Turns out that looking at what you do through the lens of another sector shows up the baggage you're carrying. 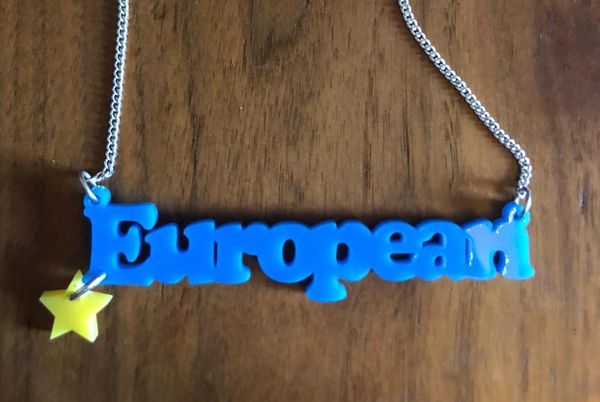 Thinking about inward-looking islands, and what the last year has taught us about actively making space for international encounters.