Last year Joe wrote this excellent piece about how technology -and specifically the A-level results algorithm- becomes the scapegoat for decisions which humans have made, informed by their own priorities and values.

And since he dreamed the Cybergoat into being, I’ve seen it everywhere. It’s much easier to blame a piece of technology or a faceless programme than it is to critique a system or the people who benefit from it. And often the people benefiting make it even easier for us to fall into that cognitive trap. Sometimes there’s even a special word to help us. Like ‘pingdemic'.

In the last week, over 600,000 people were alerted by the NHS Trace and Trace app that they’d been in close proximity to someone with COVID-19 for 15 minutes or more. These people were required to self isolate for 10 days - meaning that they couldn’t go to work. Restaurants where a high percentage of staff have been ‘pinged’ have had to close, cancelling bookings they really need. Theatres, about to open for the first time since March 2020, have had to cancel shows as cast members have been ‘pinged’ by the app. BBC news ran a headline today: ‘Retailers warn of disruption amid record app alerts’. This app is not popular: multiple people I know have deleted it or turned off bluetooth (which the app uses) to avoid getting ‘pinged’.

The app is how we interface with the prospect of spending 10 days, potentially alone, in our small, heatwaved flats, losing income because we can’t work and without our social support networks. It’s no wonder that we resent it. But it is the latest incarnation of the cybergoat. There’s an increase in pings because cases of COVID-19 are rising and cases of COVID-19 are rising because despite the prevalence of a highly transmissible variant, our government made a decision to remove restrictions. The ‘pingdemic’ isn’t something separate, it’s the latest chapter in the Wesminster government’s poor handling of the pandemic.  So let’s not fall into the cybergoat trap - as frustratingly many newspaper headlines seem to be- and let’s talk about what’s really behind the high volume of COVID-alerts: the fact that this Conservative government has chosen to pursue a ‘strategy’ of herd immunity. 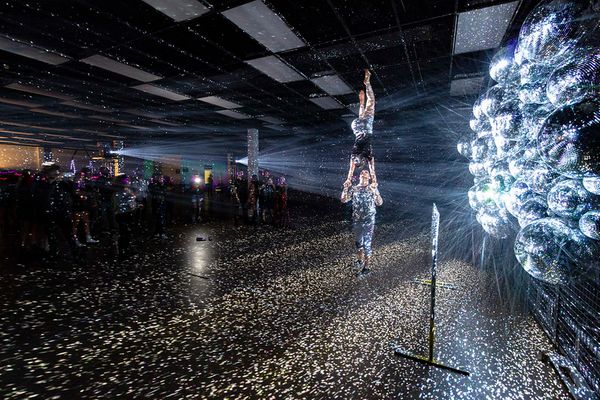 What happens if you apply start-up logic to being an arts organisation? Turns out that looking at what you do through the lens of another sector shows up the baggage you're carrying.