Early last year, I released statistics detailing the environmental impact of The Justice Syndicate. For the last four months, I have been exploring the different ways in which we could further reduce our carbon footprint.

Looking at the past statistics, clearly, the majority of the energy used by the show comes from charging the iPads (10776mAh). Therefore, it made sense to try and improve individual battery life.

SyndicateOS, the iOS application which powers the show relies on high-speed communication to perform many functions critical to the show, most significantly, the video syncing. This rapid communication puts significant strain on the iPads processors, thereby reducing battery life, especially during the playback of video or audio. The system checks playback position across all twelve devices twice a second, attempting to keep each iPad within 0.5 seconds of each other. While successful, if I were able to change tactic and remove this requirement, we would see a significant drop in power usage.

Removing such an integral part of the system required an overhaul of the core syncing system. Removing a poll-based system* and instead, introducing a new bespoke predictive system. Applying algorithms to predict positioning ahead of time – allowing the host device to target individual iPads before they become noticeably out of sync (thereby also reducing max latency to less than a 1/10th of a second!). It also accounts for variable network interference and packet loss, meaning this system can now be hosted from a crowded, public router — opening up the potential for using already in situ routers.

This change in tactic removed the need for constant position checking, shifting the processing load to spread across multiple devices, sharing the task more evenly.

And it worked! Battery life was improved, leading to an overall reduction of 5388MAh per show.

Leading to the new power statistics for the Justice Syndicate:

These figures show that the improvements made to the iPad system have lead to a 26% reduction in CO2e in comparison to the previous version of SyndicateOS. The total CO2e produced is now < 0.02 hPACA.

For comparison, one show, 12 iPads, 12 audience members produce the equivalent CO2 to: 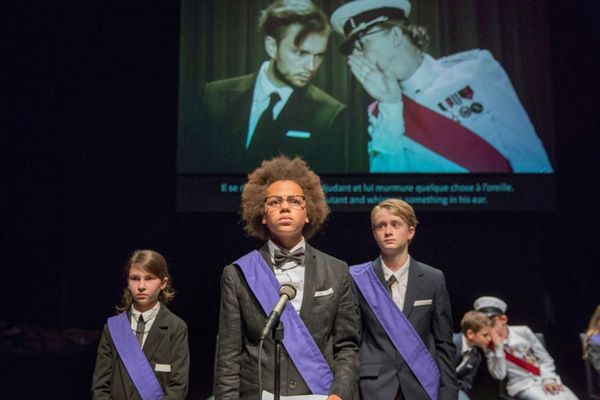