In 2006, immersive theatre superstars to-be Punchdrunk followed their first show Faust, with The Masque of the Red Death at Battersea Arts Centre in London, where it played for a 7-month sold-out run, and was seen by more than 40,000 people.

From 2008 to 2012, ZU-UK (then making work as Zecora Ura) had huge success with their overnight immersive trilogy Hotel Medea, in which audiences witnessed the tragedy unfolding around them as night fell and then dawn broke.

Experiences like this created audiences with an appetite for this type of performance - and other artists and companies excited by its creative possibilities. Search data from Google suggests that enough people cared about ‘immersive theatre’ by about 2008 for it to start creating search data, and that searches have increased year on year since 2015 (until the pandemic hit).

As the currency of the word ‘immersive’ grew, it also became a way to market experiences and products that didn’t necessarily have much in common with immersive performance. In some quarters, there is some feeling that the term has become commercialised - or at least disconnected from its original meaning. In their Post-Immersive Manifesto, pioneers ZU-UK write:

Immersive theatre has become detached from its radical origins. Its appropriation by advertisers, events promoters and PR consultants has rendered it a shorthand for selling tickets to elaborate and expensive fancy dress parties…

Along with theme parks, themed restaurants, experiential marketing, and so on, immersive theatre is preoccupied with the provision of stimulating and memorable experiences, and an objectification of audience experiences according to a logic that chimes with the commodification of experience elsewhere in the experience economy.

Adam Alston examines the sort of audience behaviour that Punchdrunk’s shows invite and describes it as “entrepreneurial participation” based on “self-made opportunity.” The audience members who are most bold and entrepreneurial in seeking out where the most exciting action is happening, have the most rewarding experiences, in a way that, he claims, “mirrors a neoliberal value set.”

enterprise, entrepreneurialism and opportunism of both artists who must find appropriate sites, resources and audiences with which to make their work and audiences, who must seek out the art and make the requisite pilgrimage to experience it.

She argues that a pre-existing art form (relational art) has been co-opted by an elitist, neoliberal agenda - so is the future of immersive theatre neoliberalism?

For many people ‘immersive experiences’ have never been immersive theatre, of any particular political stripe - to them, ‘immersive’ means experiences in VR (virtual reality), AR (augmented reality) and XR (mixed reality not Extinction Rebellion - yeah, I know - much confuse). These ‘immersive technologies’ have attracted considerable excitement from those who believe they have rich commercial potential, including British research funders (e.g. Arts and Humanities Research Council ) who have run call-outs for universities to collaborate with businesses and technologists to create immersive experiences that are capable of reaching “commercialisation” stage, where they will be ready to make money and contribute to the economy.

The tech space has always been more commercially-minded than the arts and I can’t help but wonder if a combination of the preponderance of ‘immersive experiences’ in this field (existing totally independently of the theatre breed of immersive) and the glut of funding that makes formerly immersive theatre-makers (FF included) wonder if they can’t try their hand at immersive technology contributes to a feeling that ‘immersive’ has been commercialised. So maybe the future of immersive theatre is that it gives up the word immersive to the tech space, to immersive technologies?

So what is the future of immersive theatre?

The form of immersion ZU-UK creates is grounded in empathy between audiences and actors who experiment with experiences of intimacy, care and tenderness in performance. The fact that artists have probably always had their edgy work co-opted by the mainstream is not new but there’s something about working as artists now that feels like living in a video game. ZU-UK feel like they’re moving ahead by creating alternatives to the dominant ideologies, but snapping at their heels is the mainstream grabbing at their responses to the world, stealing and appropriating any radical ideas to be repackaged as cool.

I don’t think ZU-UK are the only people questioning the politics of immersive theatre and feeling like this - and it’s impossible to deny that it would be more lucrative to use the skills we have to create launch events for luxury brands than experiences which try to ask big questions about we live. Now, more than ever, we need think deeply about the ways of being that immersive experiences can model and the ethics that underpin how we work and the change we want to see in the world.

How should we care for audiences, what are theatre companies responsible for, and what do we discover when we start asking questions about the ethics of interactive theatre? 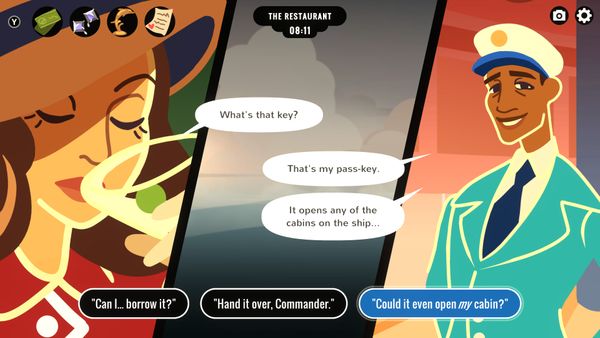 Here we draw on perspectives from games and psychology to ask ‘what is immersion, and how do we achieve it?’