In the past year, I’ve become one of those people who doesn’t show up to events. Yep, I’ve regularly been one of the 50% of bookers on Eventbrite who doesn’t show. I’m the reason you set your capacity at double what you actually want. I’m sorry. Sometimes I have an excuse, like a deadline or a ton of work I didn’t anticipate, but most often I don’t. Or I didn’t until now: my excuse is a lack of event-y-ness.

In the past year, we’ve lived more of our lives online. We’ve long known how convenient online shopping is - you only have to look at the decline of so many high streets to know that. But it turns out that an online existence makes a whole lot of things more convenient. Since March last year I’ve had drinks with friends in other cities and looked around art galleries in other countries. It was much easier (and more affordable) than taking a train to Newcastle or the Eurostar to Paris. (Less enjoyable but we’re talking about convenience here - for the moment.) When everything is online (and if you have access to fast broadband and a computer - big privilege of course), it just becomes so convenient. Too convenient.

In the arts, there has always been an orthodoxy about ‘removing barriers to people’s participation in cultural activities.’ Cost is one barrier of course, but there’s often a conversation about placing art in locations and at times when people can access it, on their own terms - and that will lead to more people engaging with art. People have busy lives, balancing work and caring responsibilities, so let’s make it easy for them. So for example, last year, you could watch Emilia at any time between 10 November and 2 December. Amazing, I thought, a show I missed in the theatre and really wanted to see. Except on none of those days did I watch it. It was so convenient that I didn’t do it. Idiot.

I am beginning to wonder if -for me at least- there's a spectrum between convenience and this thing I’m calling event-y-ness. At the complete event-y end of the spectrum would be something that only happens once, at a certain time, and potentially a time that is a bit of a pain. An example would be Non Zero One’s ambitious piece Dawns, which was an online broadcast and celebration of first light that took place at dawn (3.43am) on Saturday 16 May 2020. At the other end of the spectrum, 100% convenience, 0% event, would be the amazing range of talks that The Centre for Investigative Journalism put on Youtube following their recent symposium - including a conversation between Edward Snowden and Ai Wei Wei which sounds amazing. I say sounds amazing because... well, see above.

Fast Familiar have made artworks at both ends of this spectrum - Smoking Gun is a pretty inconvenient artwork to play, requiring participants to be free for the same half hour window of time every day for a week. We had plenty of messages from friends saying, ‘looks great, but I just can’t make that kind of commitment’ - and absolutely fair enough. For people who play and stick with it, it’s super-rewarding (we’ve been told), but this level of high event-y-ness, low convenience is not for everyone. At the other end of the scale, National Elf Service (and our forthcoming audio-puzzle-story Bad Altitude) is a play-when-you-want, with-who-you-want kind of thing - all the convenience, no event vibes here. So to be clear: I don’t think either event-y-ness or convenience is better, but do I think there is a relationship between the two.

There have been a few live-streamed arts events that have ‘sold out’ and then people have kicked off on social media along the lines of ‘how can a live-stream sell out? Just add more tickets’. And the organisers could do that, if their aim was for the most people possible to be able to access the work. But if you’re aiming for some event-y-ness, well, that’s going to be helped by your audience feeling like they are the lucky few. Would I be less likely to pull my no-show stunts if I knew that demand had exceeded supply? Gross but maybe yes. In fact -for me personally- this would probably motivate me to show up more than if I’d paid for the ticket. Event-y-ness is at least in part a feature of the market.

And there's also the question of the relationship between event-y-ness and ‘liveness’. Liveness is something I've noticed theatre people love to talk about. (If you want to read my rant about this being a really imprecise way to talk about theatre, scroll down to the end and my carefully constructed Venn diagram.) Anyway, back to event-y-ness: how can it be different to liveness? I think things which aren’t live can be definitely be event-y - I found out about Milo Rau’s La Reprise being streamed by the Schaubuhne two hours before the stream became unavailable… i.e. just enough time to watch the whole show. That felt like an event - as have other streamed shows which are only available for a short window. Scarcity again. (I mean, it also helps that Milo Rau is brilliant and the visual language of cameras and filming is already part of his work, so a recorded version feels kind of natural and exciting in a way that it doesn’t for a lot of theatre theatre.)

To be really honest, I found out about the Milo Rau show while watching another live online show, which I wasn’t engaged by, which led to me scrolling through twitter. I think the twitter chat around La Reprise made it feel like more of an event - I wanted to be part of it so much that I shelved my guilt about ditching this other artist and their show. I remember (back in the old days when watching performance online was a rarity) watching Forced Ents’s durational performance Quizoola online and feeling like I was having a richer experience than people watching in the theatre, because I was also able to be part of the chat that was happening around the show on social media. If I’d been sat in the theatre, I wonder if I would have felt rude getting my phone out and tweeting. I think there’s something about event-y-ness which allows for -and is supported by- multiple levels of attention and engagement, in a way that face-to-face liveness doesn’t. Sharing your own documentation and commentary is an accepted part of event-y-ness but of liveness…? I don’t know.

I’m aware that there are more questions than answers in here - as ever it’s the start of a conversation. But I wonder whether, rather than an obsession with liveness and when we can get ‘back’ to it (by which we mean sitting in a theatre with actors in front of us), whether it might not be more fruitful to ask questions about event-y-ness. How does event-y-ness work online, and what can we learn from this if and when people are able to share physical space? Are there ways of creating event-y-ness that don’t acquiesce in the tyranny of the market? Is there something in event-y-ness about the relationships between people experiencing the thing (rather than just between each person and the thing), and if so, how can we foster or invite these moments of temporary community - online and face-to-face? And how can convenience and event-y-ness be combined successfully?

OK. Liveness is often used to mean face-to-face (or co-located) performance, as if online performance can’t be live. This annoys me, partly because lots of online work is live and partly because I don’t think liveness is intrinsic to a lot of co-located theatre: if the co-located performance isn’t directly affected by the audience or need them in order to happen, does it really matter if it’s live or not?

I’m introducing a new category into my taxonomy, which is the hologram test. Think of Tupac’s appearance at Coachella 16 years after he was killed, or more recently Kanye West gifting Kim Kardashian a hologram of her dead father. Holograms are getting really good and - indulge me here, it's the coda - we may soon be at a point where holograms and actual people are indistinguishable. At which point, performance that doesn’t require active input from an audience could be a hologram and no one would know. If a performance needs to respond to the audience doing something which isn’t a closed set of choices, it can’t be a hologram because holograms have to be pre-programmed. OK, further in the future there might be AI-powered holograms but for now, let’s go with this. (And I mean no disrespect to actors with the whole hologram idea, neither to their ability to be -as Mike Alfreds says- ‘different every night’, nor to their right to be paid for work. In this hologram future, actors will be paid a shedload to feature their talents in a hologram.)

So although a lot of 4th wall trad theatre and a lot of new-trad ‘talking to the audience theatre’ is technically live, it could be a hologram. Some immersive theatre could be a hologram too. The Punchdrunk holograms will need to be extra good because people are up close, but what the audience do doesn’t actually affect the show, so I think they’ll be good with using holograms sooner or later. There’s a little Venn diagram above, in case you also want to get on board with my categories, or invest in hologram technology. Again, there’s no hierarchy of what’s good or bad, I just want more nuanced ways of talking about this stuff. 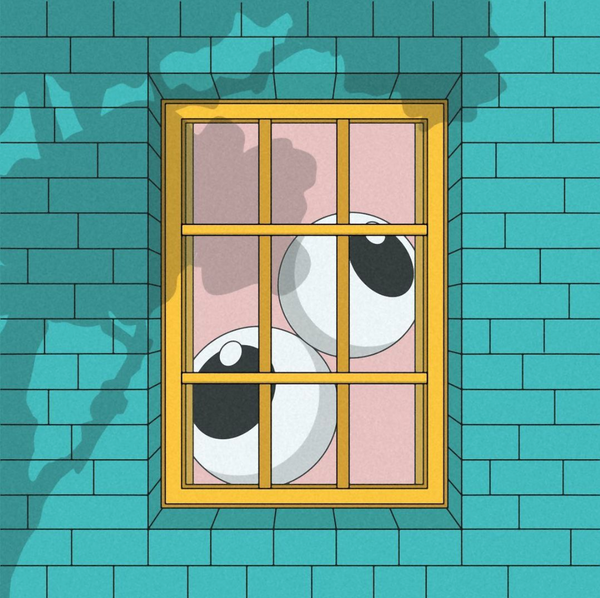 Reflections on transitioning from a theatre director in a theatre to a digital experience maker in my kitchen. 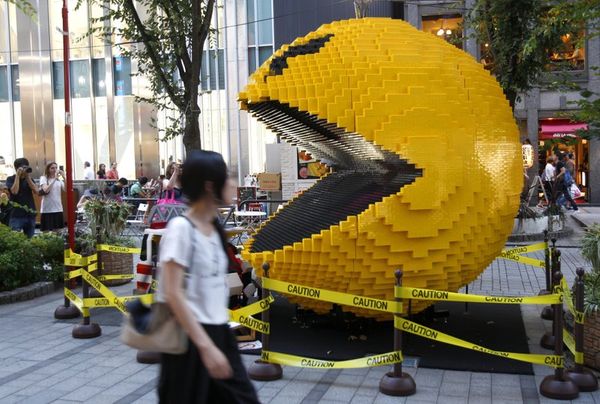 Co-writing Fast Familiar's latest show got me digging into the stories of LGBTQIA+ gaming – as well as my own.